Is Seaweed/Seawater treatment the next big trend? 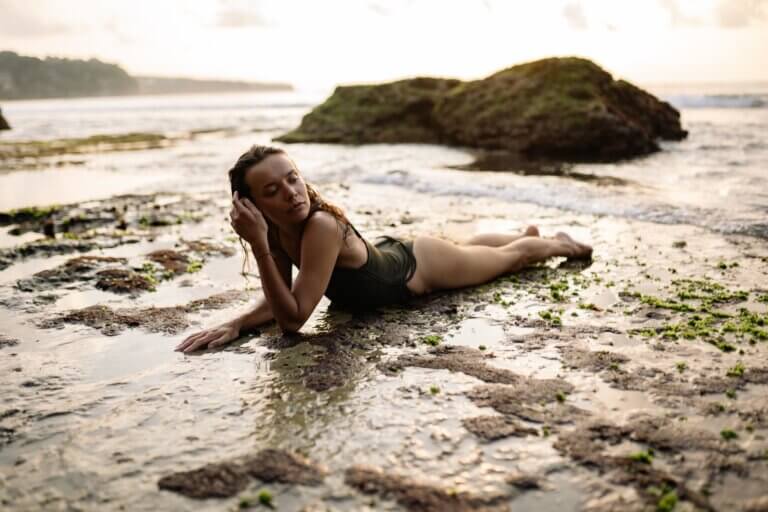 Seaweed baths are taking the wellness industry by storm, especially in Ireland. It claims to promote better sleep, soothe the skin and provide essential vitamins. Today, we look at the year’s latest trend and whether or not it is sticking around.

Seaweed bathing has been a longstanding tradition in the west of Ireland for hundreds of years. In classic seaweed bathhouses, customers used to indulge in long hot soaks in bathtubs of seaweed for a replenishing experience.

Many claims have been made regarding the health rejuvenation effects of these baths; from curing arthritis to boosting sex drive, there are apparently many benefits of seaweed therapy. Whilst many of the most effective benefits have yet to be validated by science, there is strong anecdotal evidence to support the benefits of seawater and seaweed.

Over the last few years, therapeutic sea baths and spas have opened up across the country of Ireland. It has proved to be a cosmetic and stress-busting treatment for the Irish people in the wake of a sapping pandemic and subsequent lockdown. Whilst the recent surge in popularity is exponential, the practice has been at home in Ireland for centuries.

We know that seaweed treatment has been a staple of the West Irish community for a few generations now, but did you know it was practiced long before that also? In actuality, the ancient Greeks used seaweed to preserve food, as well as restore good health when bathing.

The practice has been used throughout Europe for centuries. The Roman Empire utilised seawater baths for returning soldiers to recover after battle.

Furthermore, in 19th century France, seaweed and seawater was widely regarded as a trusted source of minerals and vitamins. The therapy was often used to cure conditions caused from an imbalance of vitamins and minerals.

In 1995, the Centre de Recherche de L’Universite d’Aix carried out a study on seaweed therapy with more than 3000 participants. The study found that 97% of the participants that suffered from chronic back pain expressed pain relief after a bath. On top of that, 95% of participants reported better mobility after therapy also.

Why is seaweed therapy gaining popularity?

There has been an increase in seaweed treatment during the pandemic as lockdown measures limit access to the ocean and beach. Recreating the ocean-like bathing experience at home through this method has been experimental and started to take off.

The Irish industry has rocketed to a massive €12 million per year and employs 700 people across the country (part-time and full-time). A large portion of the Irish industry deals with global exports for food. The smaller, but rapidly growing, portion of the industry is formulating the use of seaweed for the domestic cosmetic and wellness industry.

These baths are also very popular amongst athletes as they are great at soothing sore muscles.

Why is seaweed so powerful?

Seawater and blood plasma are almost identical in their composition of mineral salts. As a result, seaweed absorbs helpful sea vitamins and minerals such as omega, magnesium and zinc. Furthermore, there is also the presence of other trace elements such as zinc, iodine, copper and selenium.

In turn, these nutrients nourish and soften the skin’s surface and help in treating skin conditions such as psoriasis and eczema. Also, these minerals provide nourishment to the body and aids in easing aches and pains.

Seaweed is just concentrated seawater. This means that it holds a very similar mineral profile to the ocean itself. It also contains natural oils which, when stimulated by hot water, are absorbed by our pores.

Scientifically, certain seaweed and brown algae used in these therapies contains an ingredient called polysaccharides. This particular ingredient has a proven moisturising effect on the skin and is likely to relieve some skin conditions.

The presence of magnesium is also fantastic for eliminating toxins in the body. Magnesium is a natural detoxifier and, as a result, promotes a good night’s sleep.

To go one step further when you’re having a seaweed bath, light a candle and turn on some ocean sound ambience and transport yourself to the beach.

The anecdotal evidence and select studies do show that seaweed/seawater therapy has some beneficial effects on the skin and on joint pain. Will the newfound focus and interest in Ireland spark a return of this tried and tested historical treatment?